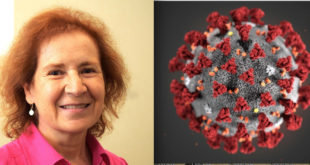 This practical, information-led and sterile approach is fundamentally different from the exotic, evocative, and eroticized version of cosmetic surgery offered by Spanish websites.

A team of researchers from the University of Leeds and additional institutions in the UK and Australia carried out an analysis of cosmetic surgery websites and found that the sites’ marketing ploys “seem to betray class preferences.”

Spanish cosmetic surgery sites are marketing themselves to working-class Britons by showing images of obvious wealth such as photos of yachts, while Czech sites are appealing to the middle-classes by being understated, the researchers found.

For instance, the images of “yachts of the Spanish sites could be taken as rather clunky signifiers of status and luxury” which “serve to connect cosmetic surgery with beauty and success, specifically in the form of wealth.” This would appeal especially to people who were not wealthy.

The Leeds researchers were Professor Ruth Holliday, David Bell, and Kate Hardy from the Centre for Interdisciplinary Gender Studies. The study was presented at the British Sociological Association‘s annual conference held at Leeds between April 11 and 13.

The researchers found that the Spanish sites treated women “primarily as body parts”—mostly breasts, thighs, stomachs, buttocks and faces—with no photos of the complete body. They also equated women’s high self-esteem with their looks.

The Spanish sites concentrated their marketing on women. Although a quarter of their patients were men, they were “missing from the main promotional photography”.

By contrast, Czech websites “depart markedly from those of their Spanish counterparts” and “emphasize skill, hygiene and regulation. This practical, information-led and sterile approach is fundamentally different from the exotic, evocative, and eroticized version of cosmetic surgery offered by Spanish websites.

There is very little emphasis on body parts or before and after pictures, foregrounding instead waiting and consultation rooms, operating rooms, and equipment.

“Tourists to the Prague clinics are addressed as largely gender neutral, highly informed clients who are able to talk over the possible risks of their surgery with their local GP. They are assumed to be astute and demanding consumers who have high levels of cultural capital.

“No reference to self-esteem is made, instead clients might undertake surgery for reasons including wanting a ‘younger, fresher look’ or ‘relief from back pain’ or ‘getting your body back in shape after child birth’.

“In sharp contrast to the Spanish sites, Czech clinics represent both patients and surgeons as women and men.”

The researchers explain the differences are there because “middle-class clients are more likely to be fully informed about risk, since their bodies and lives are extremely valuable already. Working-class patients may be attempting to accrue value through beauty itself when other sources of capital have been kept firmly beyond their grasp.”

The study notes how “cosmetic surgery tourism destinations also trade on local specificity. They focus on the attractions of the particular city or resort, the ‘historic’ city of Prague or the luxurious restfulness of the marina in Marbella.”

They recorded the things the sites had in common too, such as emphasizing that their surgeons had trained abroad. “Medical staff in one location have been trained or have worked at another place which has a good reputation for producing skilled medics—for example Czech surgeons trained in Canada or South Africa, Spanish surgeons trained in Germany or accredited to work in the UK or US.”

The study says that many of the 100,000 UK citizens who go abroad each year for medical treatment undergo cosmetic surgery—”crossing national borders to procure those surgeries appears to be increasing as consumers seek out low-cost procedures abroad.”

The researchers also looked at sites based in Thailand, which were popular among Australians. “In some ways, Thai sites represent a kind of hybrid between Spanish evocation and Czech practicality, but additionally they foreground what we might call ‘holistic well-being’,” they say.

“Rather than addressing the wealthy, they address the aspirational with a promise of ‘luxury you can’t get at home’. We could argue that a focus on yoga, wellness, peacefulness, serenity, and spirituality in Thai websites, for example, is an obfuscation of the gory reality of the opened body in surgery.”

The website study is part of a larger investigation by the team into cosmetic surgery abroad. Additional scholars from Universities of Leeds, Leicester, Sydney, and the University of Technology, Sydney, contributed to the study.